Everyone is welcome here (except, of course, those who have borrowed books from me for and have not returned them yet 😉)

Let us suppose we want to compare a single patient to a group of healthy subjects from the general population using a hypothesis testing approach.

To decide whether a given man named, say, Alex, is French, one can place his height (190cm) on the distribution of heights in the whole population of french males. In other words, one determines the percentile in which this individual's score (height) falls.

In practice, we hardly ever have access to data from the full population.

Given estimates of mean and stdev obtained from a large sample, we can substitute this unknown distribution by a Normal one with these parameters.

Then, we compute the patient's Z-score:

We can then compute the prob of such an “extreme” event under \(H_0\):

Z-scores are fine iff you can trust the mean and stdev estimates of the population's parameters obtained from big_sample.

When all you have to characterize your population is a “small” sample of individuals, the p-value computed from the Z-score (using the empirical mean and stdev) is unreliable, and therefore the False Alarm level is not well-controlled.

The essential point is that an unbiased estimate of the standard deviation of a population, when you have a sample of size \(N\), is:

Then one computes a t-score:

This can be seen as a t-Test where the individual is treated as a sample of size 1 and this is sometimes called the “Crawford and Howell test” after a 1998 paper of theirs.

The case of MRI

One can compute the t map as follows:

Detect if a dice is fair or not

I throw a dice 100 times and I observe this distribution

What is the probability that a fair dice yields such a result?

We reject the Null Hypothesis that all faces of the dice are equiprobable. 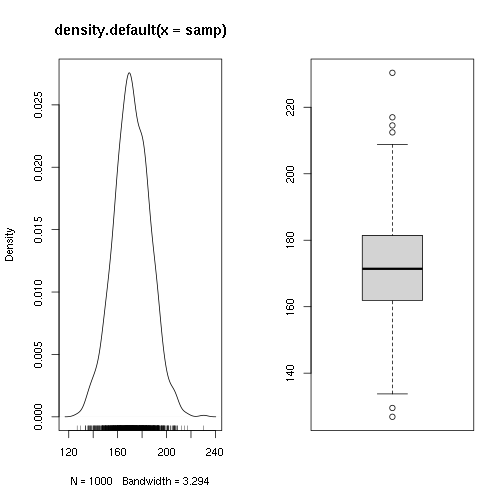 The formula for T is

To check whether the mean of sample is significantly different than 0:

Thus \(alpha\) controls for the false alarm rate over many tests.

Note: there are several ways to computer a p-value, making more or less assumptions on the population distribution.

Do two samples come from populations with the same mean ? 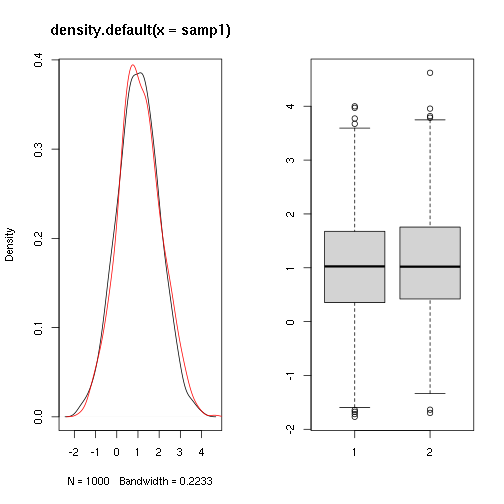